During the revolution in Central and Eastern Europe in 1989 my attention was drawn to Romania. It turned out to be the only country where communism was abolished by force. More than 1,100 people were killed in December 1989. Afterwards, a government was formed that consisted largely of former communists, so reform did not materialize. It became clear that the country was lagging behind the other countries in Central and Eastern Europe. In 1992, I went to investigate myself and saw a disastrous situation in which dictator Nicolae Ceauşescu, executed on December 25, 1989, had left the country.

It was the reason for me to take a seat on the board of the international umbrella organization Operation Villages Roumains, which focused in particular on the reconstruction of the country with a strong emphasis on rural development and humanitarian aid.

At the same time I was asked as a project manager to support the countries Romania and Bulgaria in their political and economic transition and the building of a civil society; these activities are made possible by the MATRA program of the Ministry of Foreign Affairs. Support was offered in various policy areas, such as restructuring of the agricultural sector, financing of health care, water management, decentralization of governance, functioning of the market economy in relation to competitiveness, minority policy (Roma), food safety, etc. After 2004, the emphasis was placed on accession to the European Union and that also implied intensive lobbying activities in the Netherlands, because Romania was and still is a “white spot” for many politicians and journalists. In September 2005, an official visit took place by the then Prime Minister Calin Popescu Tariceanu, asking me to accept the consulship of his country. In 2006, I took the initiative to set up the Dutch Romanian Network entrepreneurial platform. Because the magazine Romania Bulletin ceased to exist, I founded the magazine Romania Magazine as a merger of the Curier (publication of OVR) and the discontinued Romania Bulletin. Around 2009, the digital DRN Newsletter was added, in which the Romania Bulletin gradually merged. At a later stage appointed Honorary Consul General of Romania. Awarded in 2018 by President Klaus Johannis with the Order of Merit with the rank of Officer for efforts concerning the bilateral economic relations between Romania and the Netherlands. Member of Corps Consular Netherlands, Corps Consulaire Noord-Brabant and Corps Consular à Maestricht.

A country has only one embassy in another country. In the Netherlands, the embassy of a country is almost always located in The Hague, because that is where the government is located. Ambassadors are high-ranking diplomats who represent their own government. Consuls perform limited diplomatic acts. When one country recognizes the independence of another, they establish an embassy there. In addition to the presence of professional consuls – seated at the embassy, there are honorary consuls honorary indicates that this position does not generate any income and also an honorary title implies this in contrast to the professional consuls attached to the embassy. Large or important consulates are sometimes called ‘consulate general’. Such a consulate-general often has several ordinary consulates under him. Many small or poor countries only have one honorary consul in the Netherlands, because an embassy or consulate is too expensive. Romania has an embassy, three consulates and a consulate-general in the Netherlands.

Consuls already existed in Roman times and were the highest magistrates in the Roman Empire. Each year, two prominent senators were elected by the Roman people to this office, who were supposed to control each other. The Roman consulate existed for over a thousand years from 509 BC. until 541 AD. when it was abolished by Emperor Justinian. Of course

What does an honorary consul do?
The duties of an honorary consul may differ per country and per consul (see elsewhere on this website). The embassy is responsible for issuing travel documents (passports for citizens of the country of origin and visas for citizens of the host country), including emergency documents, civil status formalities (marriage, divorce, birth, death), persons – and family law and the notarial profession, the issue of various consular declarations certificates, the issue of driving licenses, identity documents, assistance with the transport of mortal remains (laissez-passer ), information for companies and education about legislation. On the basis of the Vienna Convention on Consular Relations, the task of a consul can be described as: 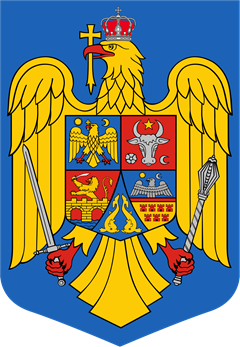 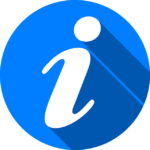 For more information, please fill out the form below. Fields with * are obligated.