Romania is a semi-presidential republic with a president (currently President Klaus Johannis) as head of state. The government is headed by a prime minister (currently: Nicolae Ciuca – PNL), appointed by the president. 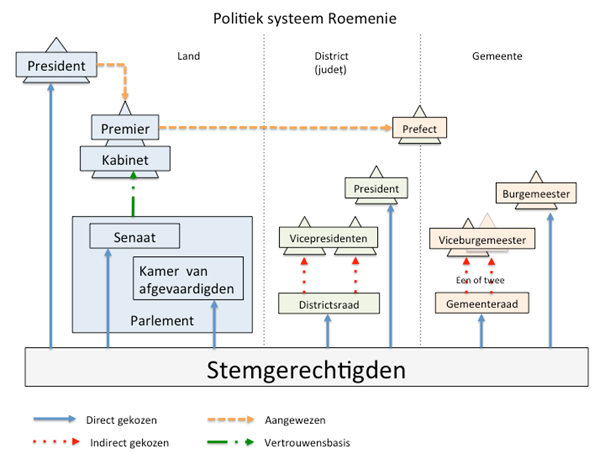 Romania is a semi-presidential republic with a president (currently President Klaus Johannis) as head of state. The government is headed by a prime minister (currently: Nicolae Ciuca – PNL), appointed by the president.

The current coalition (sworn in on November 25, 2021) government has 20 ministers excluding the prime minister. The coalition consists of the liberal (Christian-democratic signature) PNL(8 ministers + prime minister), PSD (socialists, 9 ministers) and 3 of the UDMR/RMDSZ (party of the Hungarian minority). President of the Chamber of Deputies is Marcel Ciolacu (PSD) and President of the Senate Florin Citu (PNL)

The deputy prime ministers are Sorin Grindeanu (PSD) and Kelemen Hunor (UDMR/RMDSZ). The two opposition parties are the USRPLUS (liberals) and the AUR (ultra conservative, nationalist).

In accordance with the Romanian Constitution, 18 seats in the Senate are reserved for ethnic minorities in Romania. For detailed information see the English and Romanian language website www.gov.ro .

As in the Netherlands , Romania has a bicameral system . The House of Representatives in Romania is called the Chamber of Deputies (Camera Deputaţilor) and has 332 seats. The Senate becomes the Senate and has 137 seats.

Organization of the Romanian legal system
A summary overview that does not pretend to be exhaustive and focuses on matters that can clarify the current Romanian situation.

The principles, structure and organization of the Romanian judicial system are laid down in the Romanian Constitution and in Law No. 304/2004 on the Judicial Organization.

The judicial organization is formed by the following courts:

Are indirectly linked to this: 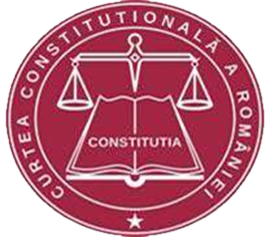 Immediately after the communist coup and partly revolution in 1989, the Securitate silently transitioned into the SRI and at that time the responsibility was transferred to the Ministry of Defense.

In addition to the intelligence services, there are also organizations related to corruption-related crimes such as bribery and embezzlement. Those are:

The flag of Romania
(Romanian: Drapelul României) is a vertical tricolor consisting of a blue, a yellow and a red band. The three bands are the same width. The current design was officially adopted in 1994, but has been in use since 1989. The first flag dates back to 1834, but the colors themselves have been used in the areas that today belong to Romania since the 9th century. The colors have deep roots in Romanian history. The colors represent the three former principalities and historical provinces of Wallachia (blue), Transylvania (yellow) and Moldavia (red). Each color has its own history in its area of origin, and the merging of the three colors has been a historical process. The communist government (1947-1989) tried to give symbolic meanings to the colors through propaganda: red would represent the blood of the fallen heroes, yellow for the wheat fields and blue for the sky. The communists always called the colors in the order red-yellow-blue, while the normal color order (from the lifting side) is just the other way around

The coat of arms of Romania
(Romanian: Stema României) was approved by the Romanian Parliament on September 10, 1992. It is based on the coat of arms that the Kingdom of Romania used between 1922 and 1947. The coat of arms shows an eagle with a cross in its beak and with a scepter and sword in its claws. The three colors of the Romanian flag can also be seen in the coat of arms: blue, yellow and red. The shield in the center of the coat of arms is divided into five parts. Each part represents one historical region:
1. Golden eagle – Wallachia (Valahia or Țara Românească)
2. Aurochs – Moldova (Moldova)
3. Dolphins – Dobruja (Dobrogea)
4. A black eagle, seven castles, a sun and a moon – Transylvania (Transilvania or Ardeal)
5. A lion and a bridge – Oltenia (Oltenia) and Banaat (Banat)
Immediately after the Romanian Revolution of 1989, Romania wanted to introduce a new flag and a new coat of arms. One of the symbols of the revolution was the flag with a hole in the center where the communist coat of arms had been cut. The committee set up a design competition. Parliament chose two designs that were eventually combined. The combination, the current coat of arms, was approved by the two houses of parliament on September 10, 1992. The central element in the Romanian coat of arms is the eagle with its cross. Traditionally, the eagle appears in the coat of arms of the Argeș County, the town of Pitești and the town of Curtea de Argeș. It stands for the “nest of the Bessarabians”. The eagle, the symbol of latinity and of a heraldic bird of the first rank, symbolizes courage, determination, soaring to great heights, power and splendor. The eagle can also be found in the coat of arms of Transylvania. The background is azure blue and symbolizes the heavenly sky. The eagle holds in its talons the insignia of sovereignty: a scepter and a sword, a scepter because of Michael the Brave who first united the three principalities (1601), and a sword because of Ștefan cel Mare (Stefan the Great), also called Champion of Christ, a ruler of Moldavia (1456-1504). On the eagle’s chest there is a shield with the symbols of the historical regions of Romania (Wallachia, Moldavia, Transylvania, Banat and Crișana) but also the two dolphins of the Romanian seacoast.
Since July 11, 2016, the coat of arms has been adapted with the heraldic representation of the crown of King Carol I. A symbol of its royal past and a sign for the period in 1881 and 1947 when Romania was a de facto and de jure monarchy, ruled by the Hohenzollern-Sigmaringen house by its Romanian branch, founded by Carol I.

The national anthem of Romania
Deșteaptă-te, române! (translation: awaken, Romanian!) has been the national anthem of Romania since 1989, and from 1989 to 1994 also the national anthem of Moldova. The text was written by Andrei Mureșanu (1816-1863), poet of romantic works, journalist, translator and a people’s leader from the time of the 1848 revolution. The music is composed by poet, singer and writer Anton Pann (1796-1854). The poem “Un răsunet” (an echo) by Mureșanu, written and published at the time of the 1848 revolution, was set to music in a few days, and was first sung on June 29, 1848 in the Wallachian town of Râmnicu Vâlcea ( in Wallachia the revolution had started on June 11). Due to its energetic and exciting content, the poem became a national anthem, entitled Deșteaptă-te, române !. The national anthem, carrying the message of patriotism and freedom, has since been sung at every major conflict in Romania. This was especially the case with the anti-communist revolution of 1989, when it supplanted the communist anthem “Trei culori” (three colors).
The Romanian national anthem consists of 11 stanzas, of which usually only stanzas 1, 2, 4 and 11 are sung.

Wake up, Romanian, from the sleep of death
In which barbarian tyrants calm you
Now or never: give your fate another turn
So that it subdues cruelty even to the enemies

Now or never, we prove to the world
That Roman blood still flows in these hands
And that we keep in our breasts a glorious name
a victor in battle, a name like Trajan!

Behold, greatest shadows, Mihai, Stefan, Corvinus,
The Romanian state is your oir
Weapons taken up, your fire in the veins
All shout, “Live in freedom or else death!”

Priests, with the cross in front! Because the army is Christian
Freedom is the motto and the aim is sacred
Better to die fighting in all its glory
Then to be a slave again on our old soil! 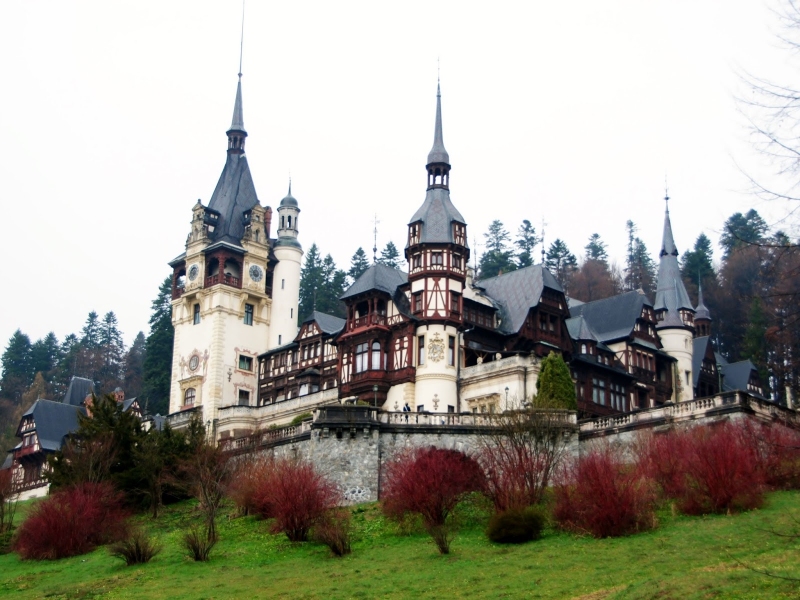 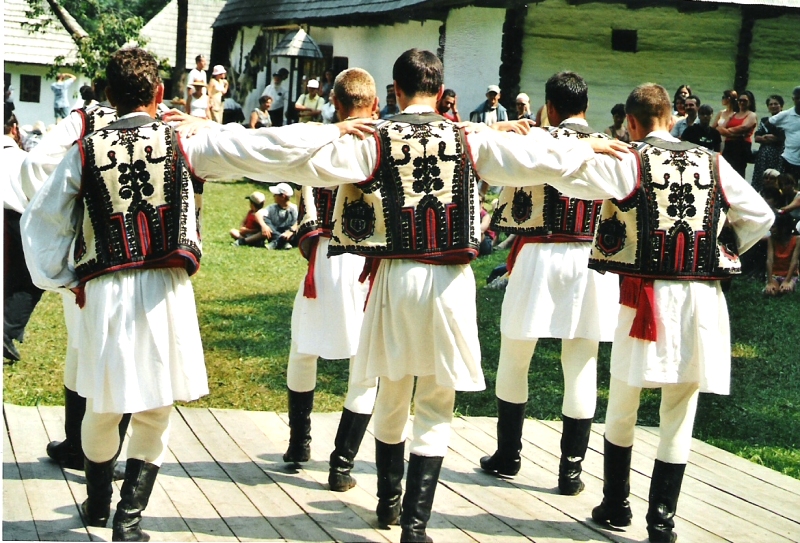 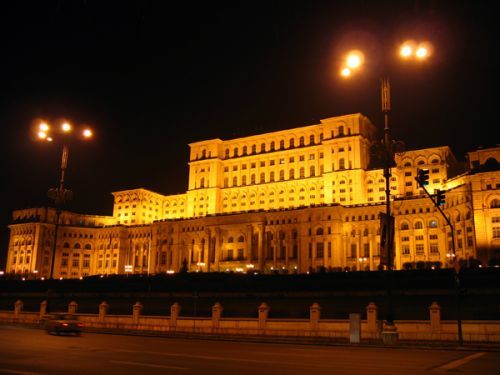 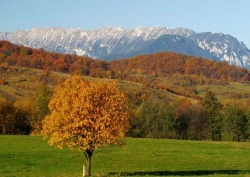 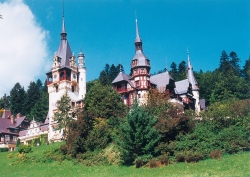 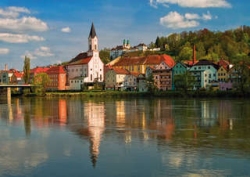 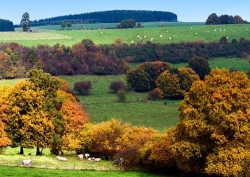 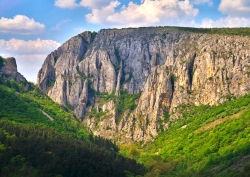 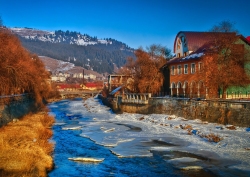